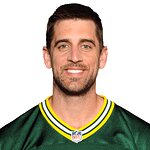 Today, It’s a Penalty launched its 14th global campaign ahead of Super Bowl LVII focused on harnessing the power of sport to prevent abuse, exploitation and human trafficking.

Through partnerships with Hilton Hotels, IHG Hotels & Resorts, Airbnb, Motel 6, American Airlines, Southwest Airlines, and many others, the 2023 Super Bowl campaign covers travel touchpoints to educate sports fans and the general public on what classifies as human trafficking and the subsequent penalties tied to those offenses. This year, It’s a Penalty is also excited to partner with Where Hope Lives, a survivor-based organization that serves women in Arizona and provides trauma-informed housing, behavioral health, medical care, education and career services.

It’s a Penalty aims to use large events that bring thousands of people together, such as the Super Bowl, as an opportunity to inform the public on not only how to identify exploitation and human trafficking, but also how to take action and report these breaches of freedom.

THE EXTENT OF THE PROBLEM

“The It’s a Penalty campaign, along with our partners, will help to prevent human trafficking and exploitation in the run up to and during Super Bowl LVII, contributing toward a positive legacy in the host city of Phoenix and beyond,” said Sarah de Carvalho, CEO, It’s A Penalty. “We know from previous campaigns just how impactful they can be. Last year, our largest campaign ran during the Super Bowl in Los Angeles, which reported that 96% of people felt improved awareness of the issues of human trafficking and exploitation, and more equipped to make a report after being exposed to the It’s a Penalty campaign.”

It’s A Penalty is proud to announce its 2023 Ambassadors to help deliver campaign messaging:

These high-profile athletes lend their voice to help raise awareness via a 30-second campaign film shown in-flight by American Airlines and Southwest Airlines as well as 52 American Airline lounges, with a potential to reach up to 10 million national and international passengers in January and February. If viewers suspect they’ve encountered a case of human trafficking, or if they see a combination of the signs of exploitation, the campaign film encourages them to call the National Human Trafficking Hotline at 1-888-373-7888 to make a report or send an anonymous tip by texting ‘BE FREE’ to 233733.

“Hilton has always operated under the belief that hospitality can and should be a force for good. Respecting human rights is core to Hilton’s purpose and an important part of our efforts to drive responsible travel,” said Erica Gordon, Global Head of Public Affairs and ESG, Hilton and President, Hilton Global Foundation. “Through our recent support of the American Hotel and Lodging Foundation (AHLA Foundation) No Room for Trafficking’s Survivor Fund and our continued partnership with It’s a Penalty, Hilton is proud to stand with our peers to raise awareness and support our industry’s efforts to combat human trafficking.”

“IHG’s partnership with It’s A Penalty and our ongoing industry-wide collaborations against human trafficking underscore our deep commitment to fighting this terrible crime,” said Elie Maalouf, CEO, Americas, IHG Hotels & Resorts. “We’re empowering our colleagues with the training, resources and support they need to help identify and prevent human trafficking on every level – not just in February, but all year long.”

“It’s a Penalty continues to engage the local, national, and international sporting communities to make them aware of the impact of trafficking in persons in our communities,” said Jeremy Vallerand, President and CEO, Atlas Free. “At Atlas Free, we seek to accelerate and resource the fight against sex trafficking and exploitation and as such we see It’s a Penalty as a strategic partner in this fight. We look forward to working together to bring awareness during the upcoming Arizona Super Bowl campaign.”

Today, It’s a Penalty launched its 12th global campaign ahead of Super Bowl LVI, focused on harnessing the power of sport to prevent abuse, exploitation and human trafficking. More →