Life Imitates Art: Slumdog’s Dev Patel To Appear On Who Wants To Be A Millionaire 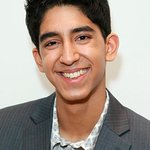 The award-winning blockbuster Slumdog Millionaire brought worldwide attention to the living conditions of the poorest children in India.

Now actor Dev Patel, along with Slumdog director Danny Boyle, plans to appear on a real episode of Who Wants to be a Millionaire to raise money for UK charity, Railway Children, an organization that seeks to aid runaway children and street children around the world.

The Chief Executive of Railway Children, Terina Keene, noted that the charity has been flooded with phone calls regarding Patel’s appearance on the television show after the movie became a worldwide success. She confirmed that the actor and director were in talks to pair up with Railway Children as part of a Who Wants to Be a Millionaire appearance.

Celador, the British producer of Millionaire told the Sun that, “We were approached by Railway Children about doing the special — and we think it would be fantastic.”

“Danny and Dev would play together, as with all our celebrity specials, but filming depends on their availability.”

Further paralleling the movie’s plotline, co-star Freida Pinto has been mentioned as a possible “Phone a Friend” option during the show.

To learn more about Railway Children and their campaign for early intervention to get to street kids “before the streets get to them,” visit their official website.

Celebrities Back New Bipartisan Bill To End Circus Animal Suffering Across The US May 29, 2019

Actors, directors, and musicians are backing a bill to end the suffering of wild and exotic animals in traveling shows, which was launched in Congress on Tuesday, May 21. More →