Coronation Street Stars To Get A Charity Grilling 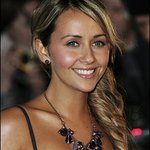 Coronation Street star Tupele Dorgu will be joined by team mates Samia Smith, Antony Cotton, Sue Cleaver and Michael Le Vell to do battle in the kitchen of Restaurant Bar and Grill in Manchester on Sunday 26th April.

Celebrity Grilling in aid of The New Children’s Hospital Appeal – part of Central Manchester and Manchester Children’s University Hospitals Charity – will see two celebrity teams going head to head to cook signature bar and grill dishes as well as test their abilities front of house as waiters and waitresses and also behind the bar.

The evening promises to be full of surprises as the two teams prepare three course meals for guests. One team concentrating on the knife menu creating dishes such as a main course of marinated breast of chicken with Malayan spices, sweet potato, coconut and lime while the fork team will take on the challenge of creating a main of roast lamb rump with Boulangere potatoes and seasonal greens followed by a Belgium chocolate fondant dessert.

Guests will then vote as to whether they would have paid for the meal giving the winning team the sort after Celebrity Grilling trophy while the losers will walk away with the wooden spoon.

Prince Harry has revealed his shame – and a host of other celebrities have joined him. More →