David Byrne To Play Concert For The Park 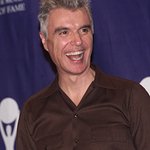 The singer will perform at the opening night gala of Celebrate Brooklyn on June 8 to raise money for Celebrate Brooklyn, one of New York City’s longest-running free outdoor performing arts festivals launched in 1979 to bring people back into Prospect Park after years of neglect.

“Though we played Radio City in February, we all know that Brooklyn has been the explosively creative borough in the tri state area for quite some time, so it only made sense to acknowledge that by doing a show at the Celebrate Brooklyn! festival in Prospect Park,” said Byrne. “Given the cost of concert tickets these days the poor Hedge Fund guys and Investment Bankers can no longer afford them so made sense to do a free show, as the tour has been going incredibly well and we can afford it. I’ve seen a few shows at Celebrate Brooklyn! in the park in the past—I remember a great Manu Chao show a few years ago. The place has a great vibe. My daughter learned to Rollerblade in Prospect Park. (Remember rollerblades?) Don’t miss the bike parking zone they are setting up with Transportation Alternatives for all the concerts!”

Jack Walsh, Director of BRIC’s Performing Arts Programs and Executive Producer of Celebrate Brooklyn shared his enthusiasm about the event: “After many years of having him on our wish list, we are thrilled that David Byrne has agreed to perform at Celebrate Brooklyn. As we kick-off the season with our Green Gala, it is wonderful to be doing so with such an influential artist who is so identified with New York, and an artist that shares our concern for the environment.”

Byrne will play a set after a dinner event at Prospect Park. Tickets to the cocktails and dinner event cost between $325 to $10,000, although Byrne’s concert will be free. However, a suggested donation of $3 is encouraged.

Thirty-six of the world’s leading musicians performing some of their biggest hits live in concert are featured in Amnesty International's latest music project, which will be released in North America on Tuesday, Nov. 5 – distributed by Shout! Factory. More →