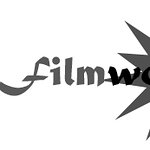 Filmmaker Mark Harris began “1555 Filmworks” in 2001, and has written, produced, and directed several important films. But it’s his latest release that begs our attention. On June 14th, 2009, Harris’s most anticipated film “I Used To Love Her” will be released on DVD and it aims, in part, to help rid the Black community of its self-hate.

Harris, spurred by the astonishing murder-rate of Chicago High School Students (32 so far this year), is encouraging students to get involved and help end the violence via a poetry contest.

On June 14, during the “I Used To Love Her” DVD release Dinner and Steppers Party, Harris will award one Chicago High School student with a brand new computer for the most creative poem.

Students wishing to participate must write an original poem on how to deal with and end the violence among teens. They must purchase 1 ticket to the “I Used To Love Her” DVD Release – which qualifies up to five students to submit a minimum of 1 poem each. The student that submits the poem could be active and an inactive high school student from Chicago or surrounding areas or between the ages of 14-18. Students must perform their original winning poem at the ‘I Used To Love Her’ DVD release and are responsible for their own transportation to get to venue.

All poems must be submitted via email at iusedtoloveherpoetry@yahoo.com. On each ticket there will be a number. The students must place the ticket number on top of each poem with their name, email and telephone number only.

Submissions will open May 7th and deadline is June 7th. There will only be a total number of 350 tickets sold to ‘I Used To Love Her’ DVD release Dinner and Steppers Event for $25.00 per person.