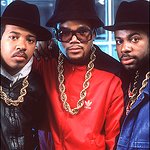 The British Grand Prix weekend began earlier this month with performances at London’s Royal Albert Hall by Lemar and Beverley Knight, Mica Paris, Run DMC and Ronan Keating, followed by an auction to raise money for CLIC Sargent, the UK’s leading children’s cancer charity. Over $10 million was raised, with Formula One memorabilia and a Pablo Picasso print among the top earners at the auction.

Alex Waters, 20-year-old British Formula 3 racing driver, raised over $350,000 when he auctioned 22 signed caricatures of leading F1 racers, drawn by their team mates. F1 Racing Magazine editor Matt Bishop says, “These drawings are a totally unique, highly collectible lot, and to our knowledge, this is the first time that a full complement of World Championship F1 drivers have penned sketches of each other and made the originals available as a complete set for charity.”

Mr Waters has pledged to donate half of all sponsorship money he raises to the children’s cancer charity that supported him and his family while he was being treated for cancer. Every day 10 children and young people are diagnosed with cancer or leukaemia in the UK.

Former F1 team boss Eddie Jordan thanked bidders for their generosity. “We promised that a centre would be opened in London to support those families touched by cancer and we are absolutely thrilled that our dream can now become a reality.”