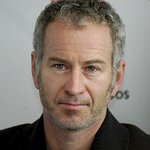 Pam Shriver’s BCF Tennis Challenge presented by The Baltimore Sun Media Group is the longest running annual charity event in the world, so its no surprise that earlier this month the event attracted a star-studded line up of celebrities from the sports and tennis world in efforts to raise funds for the Baltimore Community Foundation.

Members of the Baltimore Orioles and Ravens also mixed it up with the tennis pros in the Orioles Challenge celebrity doubles match which was coached by several members of the Ravens.

Founded in 1972, the Baltimore Community Foundation is governed by a 32-member board of trustees, made up of a cross section of Baltimore. In 2008, BCF distributed $28 million to hundreds of nonprofit organizations in the Baltimore region and beyond. With assets of $143 million, BCF comprises more than 600 different charitable funds.