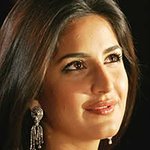 Bollywood star Katrina Kaif is set to release a CD of nursery rhymes for charity.

Featuring music by Oscar-winning composer AR Rahman, the album will raise money for her mother’s charity, Mercy Home, and its efforts to build a school for toddlers in Maduri.

“It’s a fun album for kids, something I always wanted to do, to deepen my connectivity with kids,” she said. “I had a ball recording the numbers. I haven’t laughed so much for a very long time.”

The album, Rhymeskool, will be released later this year.

“[The school is] being built next to the orphanage that my mom runs in Madurai,” she said. “The important thing is to make sure your charity efforts are well-utilized. I want to help causes where I can see an immediate result. Like the money from my album going into building a toddlers’ school.”