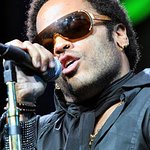 With a home in New Orleans, its no surprise that Lenny Kravitz was the first performer to commit to ‘Gulf Aid,’ the benefit concert to raise funds for efforts to stop the Gulf oil spill from destroying our wetlands.

The April 20 explosion aboard an oil drilling rig leased by British Petroleum took the lives of 11 people and is one of the biggest oil spills in history in the Gulf of Mexico. Efforts to contain the leak (about 210,000 gallons a day) are underway, and there is a massive local movement to try to trap the oil before it reaches the sensitive wetlands and bayous – the heart of Louisiana’s fishing industry.

‘Gulf Aid’ is one such movement. The event is scheduled for Sunday, May 16, from noon to 10 p.m. at that city’s Mardi Gras World River City. The amazing line-up of artists expected to join Kravitz include Allen Toussaint, Mos Def, Ani DiFranco, the Voice of the Wetlands Allstars (including Tab Benoit, Dr. John and Cyril Neville) and the Preservation Hall Jazz Band, among many others.

Tickets are $50 and will be sold through Elevate Tickets. All proceeds will go to organizations that help Gulf Coast fishermen and the area’s seafood industry as well as those that address environmental issues. For those who can’t make it to the show, ‘Gulf Aid’ will also be broadcast on the New Orleans Jazz and Heritage radio station WWOZ 90.7 FM.

Proceeds will be managed and distributed by Gulf Aid, a 501(c3) nonprofit corporation created in partnership with WWOZ to ensure that all proceeds and donations are distributed to organizations to focus on two key elements of recovery – the wetlands/coastal environmental issues and the well-being of fishermen and the regional seafood industry.

Lenny Kravitz: Immunization - we can reach every last child