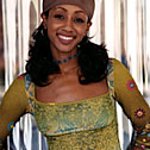 Malaak Compton-Rock will be a presenter at a special event in Washington DC next week, to recognize and celebrate the top LEAGUE schools, teams and students from the 2009-2010 school year.

The LEAGUE, a national service organization that empowers youth to “get in the game” of giving and making a positive difference in their community and world, will honor top performers and philanthropists during its third annual National Awards & Recognition event. The ceremony will include the presentation of the first-ever PARADE Magazine All-America Service Team (comprised of 15 high school students from across the nation), as well as recognition of The LEAGUE champion national teams, schools and districts. In just three years, The LEAGUE has registered hundreds of schools and classrooms — contributing more than $10 million in time, talent and treasure to communities across the country.

The PARADE All-America Service Team will again be honored later in the day during a private reception at The White House including U.S. Secretary of Education, Arne Duncan. 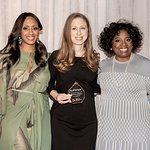