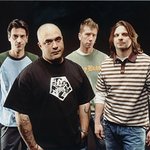 Aaron Lewis, singer for rockers Staind, has launched a charity initiative to reopen his daughter’s elementary school in Massachusetts, which was shut down due to budget cutbacks.

Along with his wife, the musician has established the Takes a Community Foundation, which aims to funds in support of the Community Education Center in Worthington, MA. Funds raised will help the school’s doors open and provide a seamless transition from a district run facility to a community school.

“When I reopen it we’re going to do preschool through sixth grade and we’re not turning anybody away,” Lewis told Billboard magazine. “This town depends on the school. We have no commerce… We have a stoplight with a country store, and that’s literally it. It’s a town of 1,200 people and the only thing we have is the elementary school.”

Lewis will be joined by a group of his celebrity friends on August 14 for a benefit concert in aid of his new foundation. Brad Arnold and Chris Henderson of 3 Doors Down, Brendan Kelly and Lo Pro will perform at the Pines Theater in Northampton in an acoustic extravaganza.

To find out more about the foundation and the concert, click here.

The VH1 Save The Music Foundation is proud to announce that pop superstar Britney Spears will headline the 2014 Ambassador class, a collection of celebrities dedicated to showcasing the importance of music education and raising awareness about the work the Foundation is doing to keep music in our schools. More →