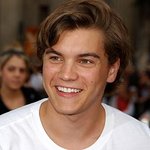 Actor Emile Hirsch, in Russia shooting a movie since early in July, was relieved when production was postponed, allowing him to leave the smoggy, smoke-filled streets of Moscow behind.

In a letter published by The Huffington Post, Hirsch describes what it was like to be in Moscow and the toll that the heat wave is taking on Muscovites.

Due to a record high heat wave, he says peat bogs and underground marshes that have been drying over the past years had become particularly susceptible to combustion and, when he left earlier this month, fires in Russia had covered over 420,000 acres and 500 individual fires were still burning. Smoke from the fires was raising the carbon monoxide levels to six times the maximum acceptable levels, seeping into every space, even stinging the eyes of those deep underground in the subway system. On the traffic-choked roads, visibility was hardly 100 metres, and even hotels offered no escape: “I stepped out of my room and looked down the hallway, where a silver haze of smoke lingered all the way down the corridor. It was an eerie feeling that I won’t soon forget.”

Besides the discomfort, Hirsch also described the human tragedy from the heat and smoke: "The average mortality rate in Moscow has doubled from its average to 700 per day, " including 2,000 drownings during efforts to cool off in unguarded areas of the Moscow River.

“I felt a surge of relief to be escaping,” writes Hirsch, “but most of the 16 million people of Moscow and the countryside surrounding it can’t simply be put on a jet like me and flown across the world to a home of safety and fresh air. Most of the people have to stay. Let us not forget that we may all be partially responsible for the accelerated climate change of our fragile planet.”