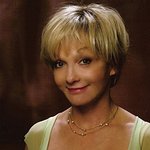 In her role as board member, Cathy will serve as spokesperson for Discovery Arts on behalf of the more than 3,500 children served annually by this organization.

“We are delighted to welcome Cathy Rigby to our leadership team,” said Don Harper, co-founder and president, Discovery Arts. “We believe Cathy’s instant recognition and appeal to audiences nationwide make her a great ‘voice’ for Discovery Arts. I’ve known Cathy for many years and I’ve seen her heart and passion for helping children. Her outreach into the sports and entertainment communities will add a new dimension to our efforts.”

Marilyn Clements, executive director of Discovery Arts said, “Cathy has it all! Her love of the performing arts, her demonstrated experience working with local youth in a creative environment, and her wonderful spirit will strengthen our delivery of services designed to help young patients conquer the challenges they face during their treatment in area hospitals.”

In her recurring musical theatrical role as Peter Pan, Ms. Rigby has witnessed firsthand the positive impact of imagination and creative play for seriously ill young audience members. She said, “Many children with special needs come to visit after the shows. Some express their desire to fly like Peter despite their illness, some have asked me to ‘fly’ to their home and take them to Neverland, and some just want ‘Peter’ to sprinkle them with a little fairy dust. Each child has incredible creativity, imagination and such courage! Through Discovery Arts, I want to bring the wonderful healing powers of theater arts right to their bedside!”

Cathy Rigby earned a Tony nomination when she starred in the 35th Anniversary production of Peter Pan on Broadway. In addition to her lauded roles on Broadway and national and regional theatrical tours, she has performed in various TV movies. She has been honored with the National Broadway Theatre Award’s 2004 Distinguished Lifetime Service Award from The League of American Theatres and Producers, Inc.

A two-time Olympic gymnast, Cathy Rigby is the first American woman to win a medal in the World Gymnastics Competition and holds 12 international medals, eight of them gold. She worked with ABC as a gymnastic commentator for 18 years. ABC-TV’s venerable “Wide World of Sports” named her one of America’s Most Influential Women in Sports. Cathy and her husband, Tom McCoy, are Executive Producers of the McCoy Rigby Entertainment Series at the La Mirada Theatre for the Performing Arts. They also own and operate the McCoy Rigby Dance Academy in Yorba Linda, California, with the goal of bringing the joy of dance and performing to over 500 students. 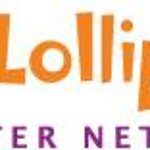 Lollipop Theater Network and Discovery Arts have teamed up to offer hospitalized children around California creative days filled with art projects and a film. More →