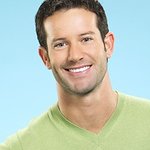 The Second Annual CLASSY Awards were held November 7 in San Diego California, where a plethora of the City’s finest came out to recognize the top philanthropic achievements by charities, businesses, and individuals from eight major cities.

The winners were announced live during the Hollywood-esque award ceremony, reminisce of the Academy Awards but philanthropy-inspired and was streamed live on NBC affiliates’ websites in the participating cities.

Featuring a host of celebrity presenters, top-tier entertainment, nonprofit & technology leaders, the CLASSY Awards deserve an award of their own for raising more than $100,000 in the form of cash and in-kind services to be donated to support the charitable efforts of the ten National CLASSY Awards Winners.

“We grew up in maybe the not traditional way,” said Co-Founder / CFO Director
Scott Keatley upon receiving the award, “We experienced a lot of hardships in our lives, we dealt with poverty, homelessness and hunger in own lives and we saw this in our community and we decided to take action, take direct action and over the course of last few years we’ve developed programs where we feed, we educate and we advocate those most in need in our community and we are absolutely thrilled to be up here accepting this award.”

And for the second year in a row, San Diego’s own Invisible Children – which uses the power of the media to inspire young people to help end the longest running war in Africa – took home the award for Most Effective Awareness Campaign

“Its really because of people like yourselves that we’re able to continue to do our work, I spent two and a half months in the Congo and when I’m out there I count it as a privilege,” said the founder, “But its high school and college age kids giving ten bucks, five bucks, having a bake sale, asking their parents to sponsor a kid in Northern Uganda, so thank you guys very much for this award and thank you guys for sharing the story.”

StayClassy is an on-demand social fundraising solution for Nonprofit organizations.