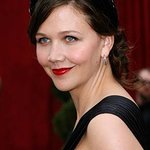 The SOS Children’s Village Alibaug has been built in partnership with global lifestyle brand Esprit who have fully financed the initiative. It will accommodate 140 children, who’ll live in small groups in individual family style houses and will go to the SOS-Hermann-Gmeiner school near by the village. SOS Children’s Villages is taking care of 78 thousand children in 132 countries worldwide.

Without the SOS Children’s Village in Alibaug these children would most likely have joined the 18 million children who live or work on the streets of urban India. All SOS mothers provide a loving and safe environment for the children who have lost their families.

Esprit is launching a global campaign to support SOS Children’s Villages called “The Big Bang”. From the beginning of November shoppers are being encouraged to go into Esprit shops to bang a drum. The target is to reach 3 million bangs, at which point Esprit will donate a further 500, 000 Euros to the SOS Children’s Village Alibaug.

SOS Children’s Villages takes action for children as an independent, non-governmental and non-denominational social development organization by providing family-based care for children who have lost their parents or can no longer live with them. Big Bang celebrations will take place on the streets and in Esprit stores in 11 cities across the globe: Amsterdam, Beijing, Brussels, Berlin, Hong Kong, Kuala Lumpur, London, Melbourne, New Delhi, New York and Paris. The banging of a drum is a universally recognised symbol of celebration, as well as being a symbol of global strength and unity.

For more information and to pledge your support visit www.esprit.com/bigbang. Watch a video of Maggie opening the Village here. 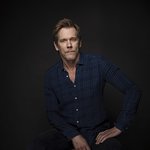