Darius Rucker To Sing For Charity On PGA Tour 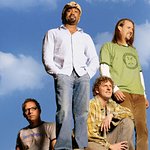 The PGA TOUR and Capitol Records Nashville have announced that country music sensation, avid golfer, former Hootie and the Blowfish singer and philanthropist Darius Rucker is teaming up with the TOUR on a new entertainment platform in 2011 to raise funds for PGA TOUR charities through music.

As part of the PGA TOUR’s first-ever entertainment-and-sports partnership of this kind, Rucker has written and produced a custom song for the TOUR’s “Together, anything’s possible” charity initiative that will be made available for download starting in early January. All proceeds of the song downloads for one year will be donated to PGA TOUR Charities, Inc., a non-profit organization. In turn, 100 percent of these funds will be used to directly support various PGA TOUR charities, including The First Tee, a World Golf Foundation initiative dedicated to impacting the lives of young people through the game of golf.

“It’s truly an honor to partner with the PGA TOUR to bring music and golf together to raise funds for charity,” said Rucker. “There’s no greater privilege to me than to have an opportunity to be the voice of this organization through my music.”

The PGA TOUR and Capitol Records Nashville will coordinate efforts to market and publicize the song, named “Together, anything is possible,” throughout the year.

PGA TOUR Entertainment is gathering content to produce a custom music video, “making of” video, “get involved” messages from Darius, and more. The PGA TOUR plans to integrate Rucker, the song, and related video content within its public service advertising efforts across PGA TOUR telecasts and other national media outlets. A special page on the PGA TOUR Charities, Inc.’s web site, PGATOUR.COM/together, and robust social media efforts are also in development.

Rucker, a participant throughout the years in many pro-am tournaments on the PGA TOUR, plans to attend and perform at select PGA TOUR tournaments throughout 2011 to promote the song’s charity message and fundraising platform.

“We are thrilled to partner with an artist of Darius Rucker’s status, as well as Capitol Records Nashville on this exciting and unique venture,” said PGA TOUR Commissioner Tim Finchem. "Darius’ love of golf is well documented, as are his charitable efforts. We couldn’t think of a more appropriate person to collaborate with to bring attention to “Together, anything’s possible.” We thank Darius for his willingness and generosity to write and produce this song for the benefit of charity."