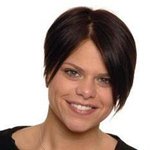 Researchers at Bath Spa University are teaming up with a national cancer charity to investigate how young women responded to the media coverage of Jade Goody's death from cervical cancer.

Jade Goody shot to fame after appearing as a contestant on the Channel 4 reality TV show Big Brother. She became even more of a celebrity after being diagnosed with cervical cancer and marrying her fiance shortly before she died from the disease in March 2009.

At the time the charity Cancer Research UK praised Jade for her work to raise awareness, in her final months, of the importance of cervical screening. Even the then Prime Minister, Gordon Brown, said he was deeply saddened by her death.

Two senior lecturers in Media Communications at Bath Spa University, Dr Daniel Ashton and Dr Rebecca Feasey, have begun researching what has been termed the Jade Effect. This refers to a massive surge in the number of young women who came forward for cancer screening after daily coverage of Jade’s illness for weeks in the tabloid media.

The researchers will be working with Jo’s Trust, the only UK charity dedicated to women and their families affected by cervical cancer. Their aim is to find out what young female tabloid readers and cervical cancer sufferers, in particular, think of Jade’s portrayal in the media.

The Bath Spa University team are examining how disclosures about the illness of a celebrity can influence public understanding of that disease, how celebrities are used to communicate health messages to the public, and how those messages are interpreted by different people.

Dr Feasey said: “Among our preliminary findings is the view that Jade did not look ill or dying in the OK! Magazine photos of her. Respondents were either disbelieving of her diagnosis or negative about the unrealistic images being perpetuated in the celebrity gossip sector.”

The Bath Spa academics have been given 5,000 pounds to finance their project from the University’s own Sharing Knowledge, Shaping Practice partnership fund, boosted by support from Jo’s Cervical Cancer Trust. They hope other health charities will also become involved.