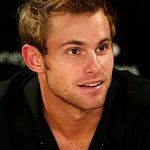 The star donated $100 for every ace he served at the Brisbane International.

“I was fairly ignorant on the damage that had been caused before coming to Brisbane, but after watching the news coverage . . . it was not what you wanted to see,” he said.

Roddick isn’t the only sports star lending a helping hand – Australian soccer star Tim Cahill has organized a special eBay auction for victims. The footballer has offered up an exciting package to go under the hammer that includes:

100% of the proceeds from this auction will go towards the Premier’s Disaster Relief Fund.

Meanwhile, England cricketer Kevin Pietersen is currently trying to set up his own auction to help victims – with lots including tickets to the Australia-England one-day international in Perth on February 6 and a bat from the victorious Ashes Test series.

“I am still trying with a lot of help to set up this auction/raffle people,” he Tweeted. “Little bit harder than I imagined but we are getting there!! Please be patient.. We’ll make it work cos we just wanna help all the victims.”