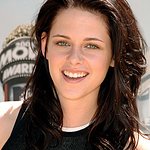 Twilight star Kristen Stewart is featured on the February cover of Vogue magazine along with an indepth interview where the 20-year old phenom talks money, fame, acting and charity.

“It’s funny when you are endowed not only with public recognition on a [expletive] seriously vast level, but also money,” she says in the interview. “Like, fund. Anytime I hear that somebody’s really rich, the first question is ‘Do you do anything with it? Or do you, like, chill? You just sit on it?’”

Reportedly paid some $25 million for the two parts of the upcoming “Breaking Dawn” movie, the actress is determined to do something good with the cash- she wants to set up a network of halfway houses to help those who are struggling get back on their feet – a cause Kristen saw first-hand while researching for a role as a runaway from a sex slave trafficking ring, according to Vogue.

“That would be amazing,” she continued. “Right now it’s the thing I feel most connected to.”