Stars To Help A Dog's Life Rescue At Charity Event 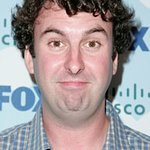 LA Dogworks is revered for being one of the top canine training, boarding and grooming centers in Los Angeles, as well as a favorite of some of Hollywood’s biggest stars. After a tragic fire at the facility last winter, the famed canine facility has opened its doors once again and in keeping with tradition, is looking to help canines in need. On Thursday, February 3rd, LA Dogworks will be throwing a re-opening party in partnership with A Dog's Life Rescue.

Andrew Rosenthal, founder of LA Dogworks states, “I was so impressed by A Dogs Life Rescue that I found it imperative to bring attention to their efforts. They venture into some of the worst neighborhoods to find abandoned, frightened and sometimes sickly dogs and offer them a new life. LA Dogworks’s grand reopening event will be a benefit to raise money and awareness to aid A Dogs Life Rescue in their mission to find a forever home for all of these wonderful animals.”

Julia Pennington, co-founder of A Dog’s Life Rescue adds, “We are extremely excited to be partnering up with LA Dogworks to raise awareness and funds for the homeless, abused and neglected animals of Los Angeles. We hope lots of people will join us for this fabulous night of comedy and cocktails that will help us continue to save the lives of many more animals in need..”

Be sure to mark your calendars for February 3rd, 2011 as LA Dogworks lays out their “Orange Carpet” once again for an evening that will truly be remembered. Donations will be taken at the door, and there will be a silent auction once inside. The entertainment for the evening will be a comedy show with comedians such as Nick Thune (who will be performing the same week live on Conan O’Brien), Matt Braunger (MADtv), and many more. There will be adoption dogs on hand for guests to fall in love with and hopefully take home! After all dogs are a man’s best friend, so why not fall in love with a new best friend and help a great cause in the mix!

A Dog’s Life Rescue is a non-profit rescue organization in Los Angeles, California. After the disband of Connect-A-Pet Rescue in early 2005, partners Julia Pennington and Allison Lange joined together to form A Dog’s Life Rescue. This incredible organization was created out of the love for animals, and a strong community effort they have formed through adopters, fosters, donors and incredible volunteers. 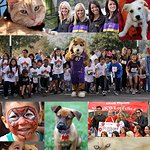