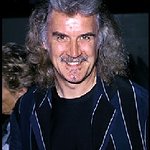 Scottish comedian Billy Connolly has announced that he will perform a special charity show in Brisbane in February to raise money for victims of Queensland’s devastating floods.

The show will take place at the Brisbane Convention Centre on February 13, with all proceeds going to the Premier’s Disaster Relief Fund. Special commemorative T-shirts will also be sold to raise funds, and free tickets to the show will be given to “the valuable workers from the SES and defense force” in thanks for the hard work they have endured during the floods.

“I wanted to do what I do. Perform on stage. Offer support that way, you know,” Billy told Australia’s The Courier-Mail. “One thing that really touched me was the little boy and his mother who were swept away and how the other boy was saved. How does he deal with that? How do you? It’s incomprehensible. What do you say to that boy? How does that little boy go on to lead his life knowing that about his mother… without her…”

Tickets to the show cost $99, and are available through Ticketek Australia.

Legionnaires of Laughter (LOL) will hold it’s first-ever Legacy Awards on December 10th, 2018 at Cipriani Wall Street in Downtown New York City. The evening will be hosted by comedian Ken Jeong and will include several special performances and special guest appearances. More →