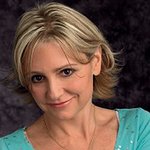 The JHCPT will take place in conjunction with the Nevada State Poker Championship, and will be included in Heartland Poker Tour’s (HPT) fall line-up of televised programming available in over 100 million homes across America.

All proceeds will benefit the Nevada SPCA.

Past JHCPT contributions have allowed the sanctuary to extend its community outreach program, build awareness around the no-kill movement, and expand its facility with the official unveiling of the “Jennifer Harman Wing” in 2008.

“The best thing about having a pet is experiencing their unconditional love,” says Harman. “The Nevada SPCA ensures these once abandoned and abused animals are cared for, adopted, or live humanely in its no-kill shelter for the rest of their lives. Everyone who participates is actually saving a life, and that means so much to me.” 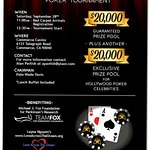 Hollywood Poker, the #1 and only online celebrity poker game on Facebook, iPhone and iPad that connects poker enthusiasts to play with celebrities, has teamed up with the Michael J. Fox Foundation and Love Across the Ocean to bring a celebrity charity poker tournament to Southern California. More →