Bollywood Stars Pitch In For Charity 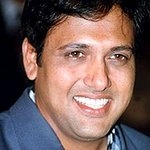 Bollywood stars came out in force in India earlier this week to play a football match for charity.

The game was played in the city of Pune and saw actors such as Salmon and Sohail Khan, as well as comedian and Member of Parliament Govinda, pit themselves against a Pune XI in a tournament organized by the Abhijit Kadan Memorial Fund to raise funds for cancer patients.

“I am not concerned with who and how many goals are scored,” said Govinda. “My focus is on the ultimate purpose of the game for a social cause and by the grace of God, it will benefit the needy.”

Action hero and Bollywood favorite Sunil Shetty also attended the event, but was forced to remain on the sideline due to a knee injury.

“This is for charity and a great cause,” he said. “So it’s a great reason to be here.”