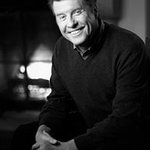 Michael Crawford, best known for his title role in Lloyd-Webber’s stage production of “The Phantom of the Opera”, surprised hospital workers by making an impromptu donation.

Opening a home-from-home house at Addenbrooke’s Hospital in Cambridge, UK, Crawford was told that funds for the £580,000 facility had not yet been fully raised. He immediately insisted on covering the £20,000 shortfall out of his own pocket, prompting cheers.

The home-from-home house allows parents of sick children to stay nearby while treatment is being provided.

Sport Relief has raised over £55,444,906 following its massive weekend of television in the UK. More →