Mel B Gets Spicey For Charity 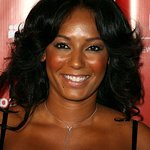 Spice Girl and Dancing With The Stars sensation Melanie Brown has taken Girl Power one step further – she has posed nude for a campaign to benefit the Helen Bamber Foundation, a charity that campaigns against sex trafficking and works to benefit victims of the sex slave trade.

“I’m curvier now I’ve had kids but I like the way I look,” said the singer. “Women’s bodies are beautiful and any charity helping women is important.”

In addition to Mel B, Scottish television presenter Jenni Falconer has also contributed nude photos to the campaign.

“I posed to confront my fears of being naked,” said the 32-year-old. “Unlike victims of trafficking, I have a choice.”