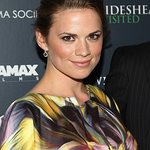 Hayley Atwell, one of the UK’s most successful young film actresses, (Brideshead Revisited, The Duchess and 2011 summer blockbuster Captain America) is supporting this year’s Christian Aid Week (May 15-21) which aims to ‘help people in poverty, out of poverty’ by supporting community projects in some of the world’s poorest countries.

Hayley visited Soppexcca, a co-operative of small-scale coffee producers in Nicaragua supported by Christian Aid. The project, which began working with 65 coffee producers in 2001, now works with 700 farmers and its ‘social fund’ benefits over 4,000 people in the Jinotega area. Profits from the coffee sales are invested back into the community, helping to fund innovative youth projects, the building of schools, health centres, and footbridges over local rivers as well as a shop that offers the local communities goods at discounted prices.

Soppexcca also runs specific programmes to help women, who often find it difficult to access credit in a male dominated society. They teach women about their rights, deal with issues such as domestic violence and give them the opportunity to acquire their own land on which to grow coffee. This enables them to support their children, improve their status within their community and even set up their own cooperatives and women’s unions.

Christian Aid has provided Soppexcca not just with funding, but also business advice which has allowed farmers to own their own land, sell their Fairtrade, organic coffee at a competitive price internationally and even build a mill, which has already paid for itself earning nearly £1m a year for the community. Nicaragua remains the second poorest country in the western hemisphere behind Haiti with 80% of the population surviving on less than £1.50 a day.

Hayley visited a school in the small village of La Paz, which was built from the profits made by Soppexcca over a ten-year period. The villagers in the neighbouring community of Los Alpes, who started working with Soppexcca four years ago, are also planning to build their own school as their children are currently educated in a building once used to store chemical fertilisers. In Jinotega only 20% of young people attend high school, but Soppexcca hopes to change that statistic.

Gustavo Talavera, president of the La Paz community, said: ‘From the beginning Christian Aid has supported us. Before there was no school and I let them use the yard of my house. I struggled for eight years so that they would construct a school in the community. Thanks to the coffee production, our cooperative’s organisation and support from Christian Aid, we have been able to buy a school, and we are working on a health centre. Life here is 50% better thanks to the help of Christian Aid, and our kids have opportunities our parents didn’t have. I am so proud that this impossible dream has come true.’

Hayley Atwell said: ‘I never thought when I was working in a coffee shop in my late teens that I would see for myself how important coffee could be to poor communities in Nicaragua. I’ve seen how Christian Aid’s approach to helping people work their way out of poverty can make a dramatic difference to their lives. The people I met did not want handouts, just help to get their own business off the ground, the profits from which they have used to benefit the whole community. Please help with that change, and give what you can this Christian Aid Week.’

You can watch a video about Hayley’s visit here.

Gordon Brown today launched Christian Aid Week 2019 at an event in London in which he spoke powerfully about the moral and ethical need for aid and international development, made the case against nationalism and isolation and praised the charity’s work across the world. More →