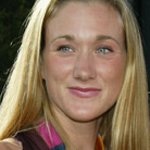 Yesterday, March 24, saw the Olympic torch lit in a ceremony in front of the Temple of Hera on the historic grounds of Olympia in Athens, Greece, and an exclusive new charity auction has been launched to celebrate the relay of worldwide harmony.

Personal computer innovators Lenovo are offering a series of limited edition Lenovo 3000 V200 notebook PCs autographed by some of the world’s best and brightest athletes. The red and silver laptops were inspired by the Lenovo-designed Olympic torch currently on its way to the 2008 Olympic Games in Beijing, and all proceeds from the auction will go to the Lenovo Hope Fund.

The auction will run on eBay until August 8, the date set for the torch’s triumphant arrival at the Olympic Stadium in Beijing, just in time for the opening ceremony, after crossing five continents and stopping in 21 cities around the world.

The first wave of the auction is running now, with computers signed by USA beach vollyball team members Kerri Walsh and Misty May-Treanor, and French sailing star Xavier Rohart. These will be followed by laptops autographed by Australian swim team members Lisbeth Lenton and Eamon Sullivan in April. The second wave begins in May.

The Lenovo Hope Fund was established by Lenovo to support the creation and growth of new businesses in struggling communities, as well as the non-profit organizations that serve them.

On September 24th, 2013 Padres Contra el Cancer (PADRES), a non-profit organization committed to improving the quality of life for children with cancer and their families, will celebrate its 13th annual fundraising gala, “EL SUENO DE ESPERANZA” in partnership with AEG Live and Club Nokia at L.A. LIVE. More →