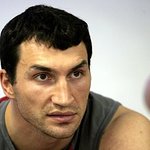 Boxing champion Wladimir Klitschko is donating at least half a million dollars to Laureus Sport for Good Foundation programs for at-risk children in New York’s Bronx.

The Laureus Foundation offers a range of activities for local, disadvantaged children. Before learning to box, the children learn life skills and values, and participate in academic enrichment programs. They are also provided with a positive place to escape from the harsh realities of a depressed home and street life where absentee parents, substance abuse, and domestic violence are common.

Klitschko’s gift to Laureus comes from two sources. The first $350,000 comes from his fan base, who responded to his offer to embellish the robe he would wear for his championship heavyweight fight with the names of all who donated to Laureus in his name. A further $150,000 has already been offered for the robe, under auction until next month, and is expected to rise.

Laureus plans to use the money for a larger facility nearby so that the boxing program can reach a greater number of children. It will also be used to help fund an onsite computer tech centre, tutoring, health and nutrition education, a dance program, and upgraded sports equipment.

Their motto of “using sport as a tool for social change” has attracted the attention of other great athletes, like Boris Becker, Nadia Comaneci, Michael Johnson, John McEnroe, Katarina Witt and over 40 others who make up Laureus’s World Sports Academy. The Academy’s task is “to foster the development of sport, around the world through the development of a social programme” under the Laureus Sport for Good Foundation.