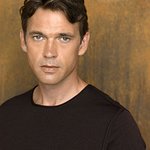 A host of stars – including famous faces from The Hobbit and Desperate Housewives – will be at a very special charity event in London next month.

“The Leuka Mini Masters is unlike anything else,” says the ‘Mission Impossible’ and ‘Desperate Housewives’ star. Described by the celebrities who participate as “The best day of the year” (The Hobbit star James Nesbitt), “A very special event” (Philip Glenister) and “Simply immense” (Tim Lovejoy), the Leuka Mini Masters attracts stars of stage, screen and sport.

“The event has grown enormously since we started it three years ago,” says Scott, “and we have some very big plans for 2011.”

As well as enjoying the bands, spectators will be able to watch the celebrities playing golf, with a big screen beaming action from all parts of the perfectly manicured Dukes Meadows par-3 course. This year’s celebrity team captains include James Nesbitt, Gabby Logan, Tim Lovejoy, Jamie Theakston, Gianluca Vialli, as well as British Olympians and stars of the England ruby team.

The Leuka Mini Masters cheekily bills itself as ’Golf’s unofficial fifth major" and as ever, the picturesque nine-hole course will be turned into a golfing fun park for the day. With bars serving cocktails and gourmet food, the battle for the Gold Jacket (presented to the winning celebrity) and The Silver Pitching Wedge (presented to the winning team) is guaranteed to be an enjoyable one.

The event raises funds for Leuka, a pioneering leukaemia charity based at Hammersmith Hopsital. Dougray Scott has been a patron of Leuka since 2002.

Past events have seen stars such as Hugh Grant, Jodie Kidd and Rob Brydon take part.

A limited number of spectator tickets are now on sale at www.seetickets.com (search ‘Leuka Mini Masters’)

James Nesbitt's urgent appeal for the children of Syria