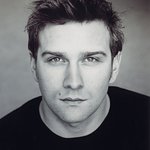 One of the cast from Britain’s favorite soap has teamed up with a leading UK charity to help in the fight against kidney disease.

EastEnders star Stefan Booth, who plays builder Greg Jessop in the popular BBC One soap, has been made an ambassador for Kidney Research UK, pledging his support to the charity following his personal experiences of the illness.

Stefan is all too familiar with the devastating effects that kidney disease can have on people’s lives, having lost his mother, Michèle, to polycystic kidney disease (PKD) just a few weeks ago.

“I’ve been around kidney disease my whole life and am lucky in the sense that I myself don’t suffer from it,” explained Stefan. "Watching my mum undergo years of treatment for her condition with no chance of being cured had a huge impact on me growing up, and really shaped my outlook on life.

“She was an amazingly magnetic personality with such a massive heart. She taught me so much, gave the most terrific support and showed a never ending love.”

Stefan’s first act as an ambassador for Kidney Research UK has been to launch a tribute fund in memory of his mother, with all money raised going to help the charity fund specific research into PKD.

“She was a force of nature and was fearless in her approach to life, no matter how challenging it could sometimes be. The thought of being able to raise awareness and support for other people in the same situation as her would have given her so much pleasure,” he added.

PKD is a genetic form of kidney disease which causes fluid-filled cysts to develop in the kidneys. These cysts gradually replace normal kidney tissue, enlarging the organs and reducing their ability to function properly – eventually causing them to fail altogether.

The fund is made all the more poignant for Stefan by the fact that both his brother and sister are PKD patients.

Pete Storey, Director of Marketing at Kidney Research UK, said: "We’re really pleased to have Stefan on board as an ambassador for the charity and only wish it could be under happier circumstances.

“His personal experiences of kidney disease highlight just how terrible the illness can be. What’s truly saddening is that his situation is by no means unique, and represents the norm for many families across the country touched by kidney disease.

“With 47,000 people in the UK treated for kidney failure every year, it’s fast becoming an epidemic. We desperately need the support of people like Stefan in order to fund further research and save lives.” 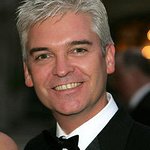 Kidney Research UK has published a special cookbook, containing recipes from some of the nation’s favourite celebrities, to help fund research into kidney disease. More →