Celebrities To Save The Rhino At London Zoo Charity Event 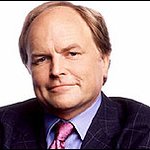 Clive Anderson is to host a wild evening with top guest speakers and animal encounters at the world famous ZSL London Zoo in November to benefit Save the Rhino.

This is the third fundraising dinner in Save The Rhino’s hugely successful PechaKucha series, where the speakers will have just 20 slides and 20 seconds per slide to talk about a “wild” experience.

Save the Rhino International works to conserve viable populations of critically endangered rhinos in Africa and Asia. They recognise that the future of wildlife is inextricably linked to the communities that share its habitat. By funding field projects and through education, their goal is to deliver material, long-lasting and widespread benefits to rhinos and other endangered species, ecosystems and to the people living in these areas.

Tickets to the event – which includes a three-course dinner, wine and cocktail – are £100 per person. The event takes place on Wednesday 16 November at 7pm in London Zoo’s Prince Albert Suite. Find out more here.

Clive Anderson To Speak At Save The Rhino's Autumn Dinner Aug 31, 2017

Save the Rhino announces its annual Autumn Dinner. More →