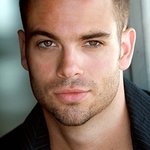 Glee star and musician Mark Salling hosted celebrity guests on Saturday at The Hollywood & Highland Center to pack bags of food that will be donated to the Los Angeles Regional Food Bank.

The event was the official kick-off celebration of ConAgra Foods’ fall Child Hunger Ends Here campaign to raise awareness about child hunger in the United States. Child hunger is a nationwide issue that affects more than 17 million U.S. kids each year – that’s nearly 1 in 4. In 2010, ConAgra Foods created Child Hunger Ends Here to increase awareness and drive people to take action in their communities.

Also at the event were Samantha Harris, Boo Boo Stewart, Jim Sears, Scott Krinsky and many others.