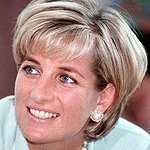 Princess Diana's legacy is being kept alive by an independent charity that honors children and young people who display outstanding qualities and contribute to their schools, their communities, and society as a whole.

The Diana Awards have honored more than 22,000 young people in Britain since they were established in 1999, and the latest batch have just been awarded to 22 young Scottish children and teenagers who have shown initiative, bravery, and integrity in the battle to help others. But the awards do more than just recognise the recipients’ good deeds, they also aim to give the winners the opportunity to develop their full potential as active citizens within society.

“The Diana Award is a living legacy to the late princess,” said Maggie Turner, Director of the Diana Awards. “It is given to ordinary young people who go that extra mile to make a difference to the lives of friends, families, schools and communities. It is an award for life and we know its recipients will want to use it as a springboard to continue the inspirational work they do for the future of our society.”

The latest 22 recipients include a group of six 10-year-olds from Carmendean Primary School in West Lothian who developed an anti-bullying scheme in their lunch breaks. During their spare time, the young Scots would hold drama activities and games to make sure pupils were not lonely, and they talked openly with other students and teachers about bullying, rough play, and isolation. Also receiving the award were two teenagers from near Glasgow who gave up their spare time to raise other teenagers’ awareness of alcohol and drug abuse, a teen who is a voluteer dance teacher for youth in Dundee while also taking care of her severely ill mother, and another teen who survived a tumor and chemotherapy to go on to raise thousands of dollars for local charities and now devotes her spare time to helping out at daycare centers and a hospice.

It is an award that Princess Diana, one of the most popular and inspiring members of the British Royal Family in recent history, would have been proud of. She worked extensively with AIDS – showing that sufferers of HIV deserved not isolation, but kindness and compassion – and also put pressure on governments across the globe to ban landmines. Overall, she helped to raise millions of pounds for the poor and the suffering, and became the face of philanthropism in Britain and across the world.

For more information about the awards, including how to nominate worthy youngsters, visit www.diana-award.org.uk.

The Duke of Cambridge has today become Royal Patron of The Passage, which is the UK’s largest resource centre for homeless and insecurely housed people. More →