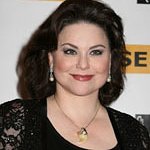 Actress Delta Burke, best known for her role as Suzanne Sugarbaker on the television sitcom Designing Women, has made a $1,500 donation to the Sandwich Women's Club – a non-profit organization dedicated to charitable, civic, and educational purposes – as a result of a canceled order due to the celebrity’s obsessive compulsive disorder.

The 51-year-old actress suffers from Compulsive Hoarding Syndrome, a mental disorder that causes her to buy and collect things in an obsessive way. The disorder caused her to become addicted to purchasing large quantities of items from the QVC shopping network and eBay, and then hoard the merchandise. In January she made a large order of expensive dolls from a website belonging to Nancy Watts.

“The customer ordered a large number of very expensive items totaling $1,500,” said Watts. “My average order is usually about $35 to $40, so this was very notable. I tried contacting her several times by e-mail to correct the payment, but I didn’t get any response.”

Watts’ research found that Burke had made more than 700 purchases on eBay in a 30-day span. The doll collector offered to refund Burke’s money, but the offer was refused – the actress was already receiving treatment for her condition.

“She apologized for the problem and declined the refund, saying she wanted me to donate the money to a charitable organization,” said Watts. “She was very nice about it and said she would be willing to accept the merchandise, if I insisted.”

Watts told Burke that she was sorry to hear about her illness and that she would donate the money to the Sandwich Women’s Club.

“I think what Ms. Burke did was a great thing,” said Watts. “A potentially bad situation turned out to be something great.”