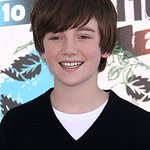 The teen battle of the bands competition will take place on Jan. 21 in Downtown Disney as part of the world-famous NAMM Show in Anaheim, CA.

“I am honored to be a part of a program with NAMM that is encouraging students to grow their musical talents,” said Chance. “Music is such an important part of my life and I am very excited to help shine the spotlight on some new talent – it’s important to me to support programs like SchoolJam USA and foster ongoing music education.”

Since his stirring performance of Lady Gaga’s “Paparazzi” at his sixth-grade talent show was posted on YouTube and earned him national recognition as well as a record deal as the first signing to Ellen DeGeneres’ record label eleveneleven, Chance has begun an extraordinary music career. In the last year, Chance has completed two North American tours, performed at the White House, the Campaign for Human Rights and Variety’s Power of Youth benefit and has a recurring role on the hit FOX comedy series Raising Hope. The fourteen-year old’s debut album Hold on ’Til the Night, was released earlier this year and has garnered critical acclaim.

“Programs like SchoolJam USA motivate kids to nurture their musical talent by giving them an opportunity they might not otherwise have,” said Barrowes. “What I love most about this program is the emphasis on keeping kids’ school music programs alive because music education is critical in helping students reach their full potential.”

On Jan. 21, the top eight finalist bands will perform live at Downtown Disney District in front of a panel of professional judges and hundreds of fans for the chance to take the title of “Best Teen Band in the USA.”

The winning band will perform at the original SchoolJam festival in Frankfurt, Germany in spring 2012; receive a music video recording session on the John Lennon Educational Bus along with cash prizes of $1,000 to purchase of new gear and $5,000 for their school music programs. The remaining finalists will also receive funds for gear and a donation to their school music programs. Music from the finalist bands can be heard at www.schooljamusa.com.

SchoolJam is part of NAMM’s ongoing educational and promotional campaign to encourage people of all ages to play music through its “Pledge to Play” initiative. Launched last year, “Pledge to Play” is a national call-to-action for the 85 percent of Americans who, according to a recent Gallup poll, do not play a musical instrument but wish that they did. NAMM’s “Pledge to Play” can be found at www.facebook.com/wannaplaybynamm. 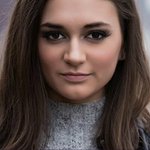 Stars To Take Part In Billboard and The Hollywood Reporter's First Ever Pride Summit Jul 23, 2019

Billboard and The Hollywood Reporter will host their first ever Pride Summit at The 1 Hotel West Hollywood on August 8th, 2019. More →