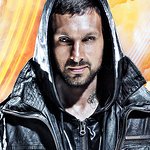 Celebrity magician Dynamo, who first used magic as a way to deal with his own experience of bullying, has joined the world’s first global virtual march to protect children’s rights and supporting BeatBullying's The Big March 2012 in an effort to unite the world against bullying.

Dynamo has been busy creating his avatar, joining the likes of celebrities such as Pixie Lott, Aston Merrygold and Jedward as well the avatars of an anticipated two million members of the public, that will march with signs and placards across global websites next year to deliver a petition to a virtual United Nations (UN) building in New York asking that the UN make it a child’s right to live a life free from bullying.

The Big March 2012 will be the world’s first global virtual march connecting communities from all corners of the globe in the fight against bullying and, if successful in its aim, it will mean that schools, Governments and families the world over will have more power to stop bullying from happening.

“I’m extremely proud to be part of Beatbullying’s The Big March 2012,” said Dynamo. “I was bullied as a kid, but was lucky enough to have my Grandpa around to show me skills that helped me deal with the situation. The world’s first virtual global march is such a brilliant way to bring together young people, celebrities, parents and people across the globe to make a real change to children’s lives and I urge my fans to sign up as well.”

With more celebrity, corporate and charity partners set to be announced, any company interested in partnering with The Big March 2012, can get involved by contacting the charity directly on 0208 771 3377/info@beatbullying.org and those who want to create their own avatar to join the march on the 1st March 2012, can sign up at www.beatbullying.org/bigmarch.

Find out about other stars taking part here.