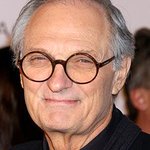 In an article in Science magazine this month, actor Alan Alda announced his Flame Challenge to scientists.

Alda is on a mission to make science understandable to people who are not scientists, and to encourage scientists to improve communications without “dumbing things down”.

“I see the failure to communicate science with clarity as serious for society,” wrote Alda. “We feel the disconnect all around us, from a common misimpression that evolution is the theory that we’re descended from monkeys to the worry that physicists in Geneva might suck the universe into a teacup.”

If funders, policy-makers and the public don’t understand what scientists are saying, Alda says that scientific progress can get held back. To address his concerns, he co-founded the Center for Communicating Science at Stony Brook University in New York, and began experimenting and teaching graduate students in the sciences.

Now the Center is putting forth a serious question to scientists at large as another experiment. Based on a disappointing answer Alda received from his own science teacher when he was a young boy, the Flame Challenge wants an answer to the question “What is a flame?” in a way that an 11-year-old would understand. Answers screened for accuracy by scientists will be judged by a panel of 11-year-olds.

“So here I am. I’m 11 years old and looking up at you with the wide eyes of curiosity,” wrote Alda. “What is a flame? What’s going on in there? Will you tell me?”