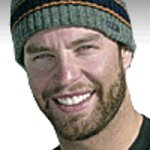 Bryon Friedman is a well-established US Ski team member and world-class skier who has appeared in several World Cup Competitions while somehow finding the time to graduate from Dartmouth College (2005), pursue his love of music, and promote a noteworthy cause.

Friedman is a strong supporter of Heal the Snow, an organization dedicated to helping ski areas become more environmentally friendly. The organization is unique in the fact that it’s run by a board of well-educated professional skiers, including Friedman, and other athletes who’ve studied business, psychology and history.

“Heal the Snow is something that makes sense to me. It’s a great organization to support because its core values correlate with my personal values and those as a skier,” Friedman says on the website, "Over the past decade I have noticed a considerable change in the Winter climate and have been directly affected by the lack of snowfall in the early season. Its no longer a threat, it’s a reality and Heal the Snow is prepared to help those near and dear to skiing to make some changes to benefit our environment.

Look to the Stars caught up with Friedman to ask about his involvement with Heal the Snow, his musical career and Heal the Snow’s first project, the ‘Shred Wagon’, a ‘mobile hostel’ powered by solar energy and bio diesel that travels from resort to resort to provide affordable lodging for skiers.

Tell us a bit more about the Shred Wagon-was it a success? Is it a permanent feature?

The Shred Wagon is still around and is a success. Jesse Swing, the founder of Heal The Snow, plans to keep driving the wagon from resort to resort and promote sustainable living in ski towns. We are also planning a music fest in Park City in which the Wagon will be center stage.

Have you made any personal sacrifices in your life that you feel may help heal our world?

I wouldn’t classify them as personal sacrifices but I have donated a lot of time and energy into Heal The Snow and helping the organization reach their potential. It has become a passion of mine to help them succeed and in due time I’m positive they will.

In terms of your musical career, you’ve opened for the Doobie Brothers and Train. What can we expect next?

I love to play and I perform when I have time and I’m not skiing. We are actually recording our second album in June which I’m psyched for!

You were also filmed for a yet-to-be-released biography, can you tell us a little bit about it and if it’s going to be released soon?

I think so. It’s a project that a filmmaker friend of mine Allessandro Gentile took on last year, and he wants to document my return to World Cup competition and through the 2010 Olympics. I didn’t really know what to expect but it’s been a fun journey so far and he’s a great person to work with.

Look to the Stars would like to thank Bryon for taking the time to speak with us and for his continued support with Heal the Snow.

To read more from Brian Friedman, and his work with Heal the Snow, please visit his personal blog on Yardbarker and the Heal the Snow website.