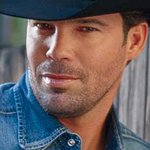 Presented by Bruce Culpepper, executive vice president Human Resources and Regional Coordination for Shell in the Americas, the 2012 Shell Legacy Award recognizes Clay Walker for his humanitarian efforts both through the Band Against MS Foundation (BAMS) not-for-profit public charity committed to providing educational information for those living with multiple sclerosis, and his work with the Military Warriors Support Foundation.

The Shell Legacy Award recognizes and honors an individual who has greatly impacted and improved our community. The award was established in 2008 and previous recipients include Former First Lady Barbara Bush, for her ongoing support of literacy (2009) and NFL Hall of Fame member, Emmitt Smith, for his support of higher education through the Pat and Emmitt Smith Charities (2010). Last year, Shell honored Former Secretary of State, James A. Baker III, for his life-long commitment to aiding the global community.

The dinner and award presentation kicked off the 2012 Shell Houston Open. Since 1992, when Shell Oil Company became the title sponsor, the Shell Houston Open has raised more than $50 million for local charities.

The Shell Houston Open is the 10th oldest tournament on the PGA TOUR and is run by the Houston Golf Association, which has been administering professional golf events since 1946. Funds raised benefit local youth programs like The First Tee of Greater Houston chapter, which reaches more than 70,000 young people annually. The tournament reflects the city’s reputation as a diverse and international city, with golfers from 15 different countries competing in the 2011 event.

The week of the Shell Houston Open coincides with another key Shell community event in Houston at Discovery Green, the Shell Eco-marathon Americas. Through both events, Shell continues to support children and students by demonstrating a commitment to education at all ages.