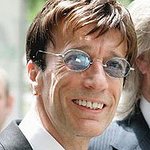 The new single from Robin Gibb – Don’t Cry Alone – is out now, and benefits the Bomber Command Memorial.

Gibb, who passed away last month, recorded the single with the Royal Philharmonic Orchestra. From RobinGibb.com: "Robin has been leading the campaign for a permanent memorial the past five years, and the monument, which is in London’s Green Park, will be unveiled later this month. Don’t Cry Alone is one of the lead tracks from The Titanic Requiem album and Robin Gibb and RJ Gibb’s record royalties and Warner Music’s net profits from the sale of the download single are being donated to the Bomber Command Memorial with a minimum donation of 40 pence per single. The donation commences on Sunday June 3rd and ends on September 30th, 2012. The single is available (world-wide) to download from iTunes and all good digital retailers.

“Jim Dooley, director of fundraiser for the Bomber Command Memorial Fund, said that Robin was a true friend and the most altruistic pop star he knew, and that the Bomber Command association is ever grateful to Robin’s family for enabling one of Robin’s most beautiful works to be used to their cause.”

Robin’s funeral takes place in London on June 8, and his family have requested that in lieu of flowers, donations can be made to the following children’s charities on the Isle of Man:
Rebecca House
Wish Upon A Dream 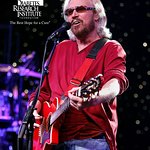 While Barry Gibb and his band have been entertaining fans in Ireland and England with The Mythology Tour recently, the ladies of Love and Hope have been preparing for an exclusive concert to be held at the Westin Diplomat Resort and Spa in Hollywood, FL, on February 15, 2014. More →