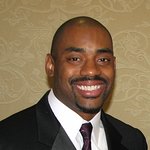 This year’s tournament raised more than $145,000 for this least-funded, yet most deadly cancer, which will go toward Lung Cancer research.

For both players, Lung Cancer is personal. Baskett, signed by the Colts and went on to play five years in the NFL with the Indianapolis Colts, Minnesota Vikings, and the Philadelphia Eagles is helping his father battle the disease. Draft, played 12 years in the NFL for the Chicago Bears, San Francisco 49ers, Atlanta Falcons, Carolina Panthers, St. Louis Rams, and the Buffalo Bills recently lost his wife to the disease. Together, they are tackling Lung Cancer by raising awareness.

“We’re proud that Hank Baskett and Chris Draft are making a bold statement against Lung Cancer,” says Bonnie J. Addario, founder and a Lung Cancer survivor. “We’re so honored to have Hank and Chris—and their football and Hollywood friends—on our team helping to raise much-needed funding and awareness for Lung Cancer and the message that ANYONE CAN GET LUNG CANCER.”

The reception cocktail party, silent and live auctions and raffle proved that everyone was a winner. Addario, one of the rare Lung Cancer survivors and founder of the Foundation, welcomed Draft and Baskett into the Foundation’s family at dinner.

“I’m so proud to have Hank and Chris in our family,” said Bonnie. “Hank, I loved meeting your Dad at the tournament you held for us in May at the Trump National Golf Club. The only way I can describe him is he’s a GREAT BIG HUG and your mom is a pistol. The leadership and courage you and Chris are bringing to the team has grown way beyond the football field. Thank you for stepping up and helping us turn Lung Cancer into a manageable, survivable disease.”

There wasn’t a dry eye in the house after an airing of Chris Draft, Love and Loss — ESPN’s touching profile of Chris and his late wife Keasha, and their commitment to dance, smile, and live as they fought Lung Cancer together. As a former Charlotte Hornets Honeybee dancer and member of Clemson University’s Rally Cat dance squad, Keasha was an energetic vibrant young woman who had never smoked when she was diagnosed with Stage IV Lung Cancer in December 2010. At the time, her only “symptom” was a slight shortness of breath a few days earlier. Despite the diagnosis and knowing the long odds they faced, Keasha and Chris decided to fight back. On November 27, 2011, standing side-by-side, they launched Team Draft together at their wedding. One month later, Keasha lost her courageous fight and died at the age of 38.

“The only way to tackle the issue of Lung Cancer is to do it as a solid team bringing together everyone from the patients and caregivers to the researchers and the doctors who are demanding that the results so far are not good at all,” said Draft. “There’s no one group that has a monopoly on this and that is why I was drawn to Bonnie and the foundation because they are working as a team with (ALCMI) Addario Lung Cancer Medical Institute and their Lung Cancer Living Room series. What separates them is that Bonnie knows there is a sense of urgency. Keasha had one year from her diagnosis, so I don’t listen when someone says ’we’re working on it.” That’s not good enough."

The tournament’s presenting sponsor’s team from the Burns Family Foundation and Mobius Fit was led by Rob Dean and the foursome including Dave Engel, Ross Headley and Jeff Lokey came in third with a score of 56 (26 back 9).

To join the team and host an event or golf tournament in your town, contact Jennifer Hughes, Manager of Affiliates and Independent Fundraisers, at 650.333.6936 or jhughes@lungcancerfoundation.org 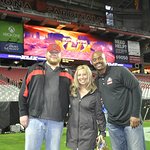