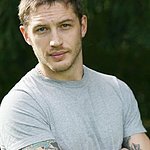 Actors Tom Hardy and Charlotte Riley have agreed to become patrons of Bowel Cancer UK after attending the charity’s 25th anniversary celebrations at No.10 Downing Street.

Tom, born in London, stars in the forthcoming Batman film ‘The Dark Knight Rises’ playing the villain Bane. A star of both stage and screen, Tom has also appeared in ‘Inception’ with Leonard Di Caprio (where he won the Rising Star Award from BAFTA), ‘Tinker, Tailor, Solider, Spy’ with Gary Oldman, ‘This Means War’ with Reese Witherspoon as well as ‘Warrior’ and ‘Bronson’.

Charlotte, born in County Durham, is best known for her role in ‘Easy Virtue’ with Jessica Biel and Kirstin Scott-Thomas. Winning the Sunday Times Play Writing Award for Shaking Cecilia with her friend Tiffany Wood propelled her into the acting world. Since then Charlotte has starred in ‘Wuthering Heights’, ‘The Take’ and has recently finished filming Ken Follett’s ‘World without End’ with Cynthia Nixon.

Tom Hardy said: “I am delighted to become a patron of Bowel Cancer UK. I’d like to help the charity to increase awareness and to help stop people dying needlessly from the disease. I hope you’ll join me.”

Charlotte Riley said: “I am thrilled to become a patron of Bowel Cancer UK. I’m joining the charity to make sure that both women and men are aware of the symptoms of the disease and know what to do about them. Early diagnosis is so crucial to saving lives.”

Deborah Alsina, CEO, Bowel Cancer UK said: “We are really pleased to welcome Tom and Charlotte to the charity. We are looking forward to working with them both. Their patronage of the charity will add tremendously to the work we already do in raising awareness of bowel cancer and supporting those who are living with the disease.”

To encourage people to keep their animal companions indoors throughout the winter and all year round, PETA is running a public service announcement starring Tom Hardy, Casey Affleck, and Priyanka Chopra in notoriously cold Detroit. More →