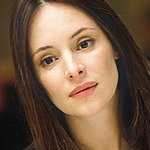 Madeleine Stowe, the star of ABC’s hit drama ‘Revenge’ is incensed by Virginia’s recent invasion of women’s reproductive rights in the form of various laws requiring ultrasounds for abortion seekers.

Get the full scoop at TakePart.com.

Back to Our Roots: The 11th Annual Artists for Peace and Justice Festival Gala Sep 11, 2019

The 11th annual Artists for Peace and Justice (APJ) Festival Gala, presented by Labatt Breweries of Canada, raises an impressive $1.1 million for education in Haiti. This year’s APJ Gala was held at the Windsor Arms Hotel in Toronto and was co-chaired by Natasha Koifman and Suzanne Boyd. More →