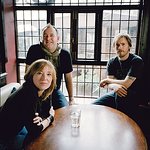 Members of alternative British band Portishead will once again pull on their football boots for a special charity match next weekend.

Following the success of last year’s charity celebrity football match in Portishead, the town’s football club is now gearing up to do it all again. Last year members from the band Portishead and fundraising organization Kicking Out For Kids organized the match to raise money for Children’s Hospice South West and the football club.

Celebrities from the world of music, TV and sport, including Roni Size, Daddy G from Massive Attack and former Bristol Rover boss Paul Trollope were recruited by Portishead founder member Geoff Barrow, who grew up in the town before going onto worldwide fame with the band.

It was a great success with a massive turnout and raised thousands of pounds for the hospice and football club – which was in need of funds after having thousands of pounds stolen in a burglary. This year organizers have decided to do it all again and another all-star celebrity line up is set to do battle with Portishead Jurassic Sparks veterans team on Sunday September 2. Last year the celebrities lost to the home team and this year are keen to even the score. Names already lined up include Geoff Barrow himself, Roni Size and Ian Mathews from the band Kasabian with many more in the pipeline. Plus other celebrity surprises are planned for the day.

Last year Kelsey Grammer, star of the hit US TV show Frasier, made an appearance and organizers are confident this year will be equally showbiz. Both teams have their very own celebrity manager from the footballing world – both of whom will be giving their team top tips for success and will be supporting from the touchlines.

As well as the football match itself there will be a host of other attractions to enjoy on the day including a raffle and auction hosted by local BBC Weather Presenter Jemma Cooper which will include prizes from the world of music and sport.