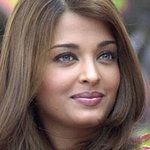 In her new role she will help raise awareness on issues related to stopping new HIV infections in children and advocate for increased access to antiretroviral treatment.

Mrs Rai Bachchan has been involved in humanitarian issues for many years and will now have a special focus on HIV. “I am honoured to accept this appointment. Spreading awareness on health issues, especially related to women and children, has always been a priority for me. And now, as a new mother, I can personally relate to this––the joys and concerns of every mother and the hopes that we have for our children. I strongly believe that every baby should be born free from HIV. And I wish that every woman living with HIV stays healthy and has access to treatment. I promise that with UNAIDS, I will do my utmost to make this happen.”

UNAIDS Executive Director Michel Sidibé welcomed Mrs Rai Bachchan to the UNAIDS family. “Mrs Rai Bachchan is respected and admired by millions of people around the world,” said Mr Sidibé. “I am convinced that through her global outreach, Mrs Rai Bachchan can help UNAIDS reach its goal of eliminating new HIV infections among children by 2015.”

The main focus of Mrs Rai Bachchan will be to advocate for the Global Plan towards the elimination of new HIV infections among children and keeping their mothers alive. This plan was launched at the United Nations in June 2011.

The Global Plan focuses on 22 countries including India, which account for more than 90% of all new HIV infections among children. Twenty one of them are in sub-Saharan Africa, where the estimated number of children newly infected with HIV fell by 25%, from 360 000 in 2009 to 270 000 in 2011. Progress in sub-Saharan Africa has been made possible through rapid improvement in access to services that prevent new infections in children. There was a dramatic increase in coverage of services in the 21 sub-Saharan African countries between 2009 and 2011: from 34% to 61%. HIV transmission rates from mother-to child have also declined since 2010 with the introduction of more effective prophylaxis regimens.

“Through her work in raising awareness of the issues and advocating for increased access to services Mrs Rai Bachchan will be instrumental in helping to ensure that no more babies are born with HIV and that their mothers stay alive and healthy,” said Mr Sidibé. “We look forward to working with her to reach our collective goals.”