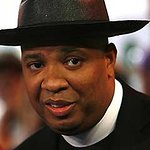 Hip-hop icon Joseph "Rev Run" Simmons and Novo Nordisk, a world leader in diabetes care, have teamed up in a multi-year national education program, Ask.Screen.Know., to encourage people to learn their risk for diabetes and highlight the need for early diabetes detection.

As an ambassador for the program, the front man for the influential Run DMC rap group will appear in a national public service announcement, host a series of local events across the country, and activate his social media network of nearly 4 million followers to challenge Americans ages 45 or older to learn their own risk for diabetes and talk to a healthcare professional about getting tested.

“Watching my dad manage his diabetes, I know firsthand the impact that the disease can have,” said Rev Run. “Your health is worth the time. That’s why I joined the Ask.Screen.Know. campaign. I’m looking at my own risk of diabetes and holding myself accountable for my health. I’m asking others to do the same.”

According to recent estimates, as many as 1 in 4 U.S. adults are at risk to develop diabetes. And the risk for African Americans is greater, as they are two times more likely to develop diabetes than Caucasian Americans. Early detection is important because diabetes can lead to serious health complications, such as heart disease and stroke, kidney disease, high blood pressure, blindness, nerve problems, and amputations.

Rev Run knows he is at risk for diabetes and is on a path to better health by taking steps to lower his risk. Inspired by a strong support network comprised of his family, healthcare professionals, and his fans, Rev Run implements healthy eating and exercise into his daily routine. He also gets screened regularly for diabetes.

Now in its fourth year running, the Ask.Screen.Know. campaign, sponsored by Novo Nordisk, aims to reach the estimated 79 million Americans who are living with prediabetes. In addition to a national public service announcement, the campaign will reach the public through a dedicated website where visitors can take a risk factor assessment test, learn about the specific benefits of diabetes screening, and get links to diabetes resources. The website can be accessed here.

The program will also utilize a series of social media vehicles, including Rev Run’s Words of Wisdom daily inspirations on Twitter and an exclusive Twitter video chat to reach those at risk.

“As a diabetes educator, I’ve seen the impact diabetes can have on a community,” said Jeannette Jordan, RD, CDE, Novo Nordisk. “Knowing your risk for diabetes is the first step – because the earlier you know your risk for the disease, the better you can manage it. Talk to your doctor regularly about ways to keep the risk under control.”

The American Diabetes Association recommends that those who are 45 years or older get tested for diabetes once every three years, in particular those who are overweight and have one or more risk factors such as family history of diabetes, lack of regular exercise, high blood pressure, having had diabetes during a pregnancy or giving birth to a baby who weighed more than 9 pounds, or are members of particular race/ethnicity (African Americans, Hispanic Americans, Native Americans, Asian Americans, and Pacific Islanders).

“The diabetes epidemic continues to escalate and affects many communities including African Americans at disproportionate levels,” said Lori Moore, Executive Director of Communications and Public Affairs at Novo Nordisk. “Rev Run has an important message for us as part of Ask.Screen.Know. – know your risk, get tested, and take action.”

With the launch of this campaign, Rev Run becomes the latest celebrity ambassador to join the Ask.Screen.Know. program. The program launched in 2009 with Academy Award winner Olympia Dukakis and her husband, actor Louis Zorich and continued in 2011 with actor Chris Noth.