Bill Bryson In Awe Of Scientists

By Elizabeth Willoughby on December 31, 2012 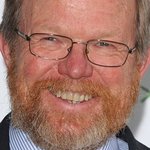 Author Bill Bryson gave a talk this month at one of a series of benefits to raise £100 million in support of the building of the Francis Crick Institute, an interdisciplinary medical research facility.

Bryson spoke about his deep respect for scientists – men and women who display a level of dedication and a willingness to endure discomfort that is uncommon in other professions, purely for the progression of learning.

Citing his conversation with a researcher who spends weeks in Antarctica each year to take glacier measurements to better understand the changing climate, Bryson said, “It gave me a moment of clarity about what scientists do because I could never do that. I don’t know any writer who would go and spend three months in a tent with a stranger just to gather another morsel of information for the sake of humanity. I don’t know any historians who would, or any lawyers or accountants. But I do know many scientists who would do that. The other thing that is as extraordinary to me is that [they are] happy to do it essentially anonymously. That is what scientists do.”

Apropos of sacrifice for science and Francis Crick Institute’s collaboration with scientists from all disciplines to find new preventions and treatments for diseases, Bryson included a reading from his book, A Short History of Nearly Everything. The humorous excerpt described some of the trials and tribulations of an 18th-century collaboration of scientists to record the transit of Venus from points around the globe as it crossed the face of the sun in order to determine the distance of the sun from Earth.

Lennox, Fiennes and Dench Strive to Save the UK's Forests Jan 25, 2011

The Sunday Telegraph has published a letter signed by nearly 100 dignitaries speaking out against the announcement to sell off 15 percent of the government’s forests. More →