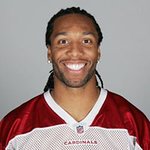 In partnership with the NFL, USA Network is producing the 2nd annual NFL CHARACTERS UNITE documentary to premiere during the week after Super Bowl XLVII on Friday, February 8 at 7pmET.

The documentary profiles the NFL stars as they share their deeply personal stories – from Jameel McClain feeling ostracized when his family was homeless and Justin Tuck enduring bullying while trying to succeed in school, to Larry Fitzgerald witnessing discrimination during his mother’s battle with cancer and Troy Polamalu learning to embrace his heritage and unique look. The players also go back to their respective communities to meet a child or teenager currently facing the same challenges and adversity. Through meaningful conversation and specially tailored confidence-building activities, the NFL stars help the young people realize how they too can overcome the bullying, prejudice and intolerance they have experienced and move on to achieve their own greatness.

“In our second NFL CHARACTERS UNITE documentary, we are honored to be able to share the courageous and inspiring stories of some of today’s greatest NFL heroes and to showcase their commitments to help kids in their communities overcome bullying and discrimination,” said Toby Graff, USA’s senior vice president, public affairs. “We are proud to continue our partnership with the NFL to create this powerful film that will serve as a programming centerpiece of the 2013 Characters Unite Month.”

“This collaboration with USA and the NFL has become a fantastic annual celebration for our company as we are inspired each year by the tireless efforts of our football heroes’ efforts to improve the lives of America’s youth,” said Charlie Ebersol, executive producer and co-founder of The Hochberg Ebersol Company.

“Working with USA Network on NFL Characters Unite as well as our upcoming series “The Moment” makes us realize that dreams do come true and we feel privileged to play a part in helping these four teens get a second chance," added Justin Hochberg, executive producer and co-founder of The Hochberg Ebersol Company.

“Larry, Jameel, Troy and Justin are incredible role models off the field as they are inspirational players on the field,” said Tracy Perlman, NFL vice president of entertainment marketing and promotions. “We are pleased to once again work with USA and The Hochberg Ebersol Company to share their important stories.”

The documentary, created by The Hochberg Ebersol Company and executive produced by company co-founders Charlie Ebersol and Justin W. Hochberg, was produced by Paul Pawlowski and P3 Entertainment and directed by Ezra Edelman (HBO’s Magic and Bird: A Courtship of Rivals). It will premiere in February as part of Characters Unite Month, a time when the network shines an even brighter spotlight on the importance of promoting greater respect and acceptance through on-air programming, digital content and community events. For more information on CHARACTERS UNITE, visit www.usanetwork.com.