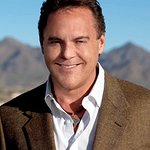 “The Bully Effect: An Anderson Cooper Special” aired last week and chronicled the journeys of a bullied child, a grieving parent, a victim of violence, and a filmmaker turned activist.

Nick Lowery transcends any simple category. Hall of Fame athlete, Ivy scholar, Presidential aide, poet, teacher, philanthropist. Nick was inducted into the Kansas City Chiefs Hall of Fame in 2009. The most accurate and prolific field goal kicker in NFL History when he left the National Football League, Nick set 4 all-time NFL records. Nick’s story is about persistence, focus and passion – before making it, he was cut by eight NFL teams eleven times! He is the only American to work for both President George HW Bush (1989) and President Bill Clinton (1993) in the White House Office of National Service. With a BA from Dartmouth College in Government, in 2002 Lowery became the first pro athlete with both a Masters and Fellowship from the Kennedy School of Government at Harvard.

NFL Legend and Kansas City Chiefs Hall of Famer Nick Lowery started the “Imagine 100 Faces” event to garner awareness for the unseen faces of bullied children and underprivileged youth struggling to transcend their circumstances. On Thursday, April 4th he will be holding a fundraiser

All proceeds from “Imagine 100 Faces” Night will go toward the Nick Lowery Youth Foundation and it’s recognized anti-bullying programs. Guests will mingle and enjoy the evening in a 10 million dollar mansion in Paradise Valley. 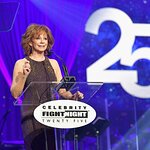