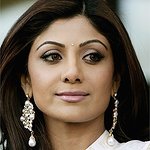 Bollywood actress Shilpa Shetty won a Global Diversity Award 2008 last week for making a significant contribution to the understanding of diversity, and helped raise $126,000 for charity by auctioning a kiss.

The 32-year-old Indian beauty attended last week’s Silver Star gala in London, and was awarded with the charity’s prestigious Global Diversity Award, along with Formula One legend Lewis Hamilton. The gala included a dinner and auction to raise money for the Silver Star Foundation, a British-based diabetes charity that runs mobile diabetes assessment units. Launched by Labour MP Keith Vaz last year when he was diagnosed as a diabetes patient, the charity plans to buy their third mobile unit with the money raised from the gala.

As well as a chance to dine with British Prime Minister Gordon Brown, the auction included a number of once-in-a-lifetime opportunities. But it was Shetty’s impromptu announcement to auction a kiss to the highest bidder that raised the most interest, with one fan forking out $25,000 for the honor.

The lucky winner got to kiss the star three times on the cheek for his money, and Silver Star came one step closer to their goal.